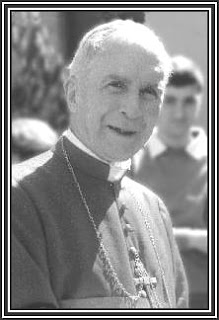 … influence of liberalism on the post-conciliar reforms and trends.

…One of the most horrifying practical applications of these liberal principles is the laying of the Church open to all errors, particularly the most monstrous error ever thought up by Satan – communism. Communism now has official access to the Vatican, and its world revolution is made markedly easier by the official non-resistance of the Church, nay by her regular support of the revolution, despite the despairing warnings of cardinals who have been through communist jails.

The refusal of this Pastoral Council to issue any official condemnation of communism alone suffices to disgrace it for all time, when one remembers the tens of millions of martyrs, of people having their personalities scientifically destroyed in psychiatric hospitals, serving as guinea-pigs for all sorts of experiments. And the Pastoral Council which brought together 2350 Bishops said not a word, in spite of the 450 signatures of Fathers demanding a condemnation, which I myself took to Mgr. Felici, secretary of the Council, together with Mgr. Sigaud, Archbishop of Diamantina.

…We should like to reply to the objection that will certainly be levied against it in the manner of obedience, and of the jurisdiction held by those who seek to impose this liberalization on us. Our reply is –In the Church, law and jurisdiction are at the service of the Faith, the chief end of the Church. There is no law, no jurisdiction which can impose on us a lessening of our Faith.

…We do not see how, in conscience, a Catholic layman, priest or bishop can adopt any other attitude towards the grievous crisis the Church is going through. “Nihil innovetur nisi quod traditum est” – innovate nothing, but hand down tradition.

May Jesus and Mary help us to remain faithful to our Episcopal promises! “Call not true what is false, call not good what is evil” That is what we were told at our consecration.

Extracts from Letter to friends and benefactors no 9 Feast of St Pius X 1975
Posted by just me at 11:10