Our beloved Archbishop, faithful to Our Lord and His Blessed Mother, leaves us… 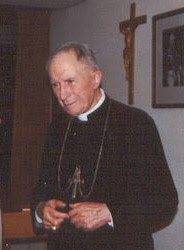 On February 11 1991 he gave his last conference to the seminarians and concluded: the situation in the Church is more serious than if it was just a question of a loss of faith. We are seeing another religion established, with other principles that are not Catholic.

He left on 13th February to make a last trip to Gigondas and then on to Fanjeaux and Brignoles. When one of the Sister superiors mentioned plans for the near future, the Archbishop replied: “I won’t be there any more… I would have done it willingly but I will be gone”. As he left the community he said “Mother I have worked for a long time. Everything is in place and you have bishops. Now for me, requiem aeternam.” “I have finished my job now rest”.

He said… “I pray every day that I might die before losing my mind. I would like to go because if I contradicted myself they would say ‘there it is; he said he got it wrong’ And they would take advantage of that”. 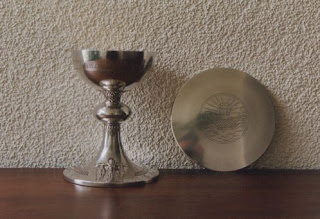 On March 9th The Archbishop entered the hospital at Martigny . On March 11th he received extreme unction and the apostolic benediction. He was in great suffering and underwent numerous tests until Monday 18th when surgery was performed. They removed a cancerous tumor the size of three grapefruits. On the Wednesday he became anxious his limbs were terribly swollen and he had pains in his back and in his head. He said “ it is the end I have a terrible headache. The good Lord must come and fetch me. I truly want to die with a few of my priests around me to say the prayers for the dying. They cannot refuse me that”. Fr. Puga came on the Thursday morning and re-assured him and also Fr Simoulin said “we are in Passiontide”. The Archbishop closed his eyes and replied “Yes it is the passion”. He was sad as he was unable to receive communion.

His condition seemed to improve but by Sunday 24 March he suddenly got worse. At 7pm the Rector returned to the hospital but as soon as he entered intensive care he could hear the terrifying sound of forceful groaning which could be heard above the noise of the equipment nearby ; it was amplified by the oxygen mask. The Archbishop could not speak but he understood everything the priest said to him. “Your grace the retreat that you were to have preached to us … you are now preaching it in a way we had not foreseen” The Archbishop smiled. “Some of the faithful from Valais including the drivers are following the retreat with us.” And the Archbishop smiled again. Then the priest drew attention to the Crucifix, very slowly the Archbishop turned his head to look where the priest was pointing, then he gently closed his eyes. A look towards the crucifix the last conscious gesture that his sons saw him make; the look of the adoring worshipper and priest.

At 3.25 am while Fr Schmidberger was saying the prayers from the ritual in expiratione The soul of the Archbishop flew to God. Fr. Schmidberger closed the eyes of the beloved father. It was Monday of Holy Week. March 25 1991 Feast of the Annunciation of the most Blessed Virgin Mary. On this day the soul of Marcel Lefebvre was judged. 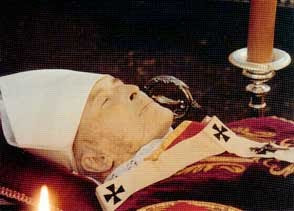