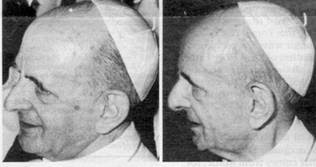 …On the one side we desire to submit to you entirely, to follow you in everything, to have no reserve about your person, and on the other side we are aware that the lines taken by the Holy See since the Council, and the whole new orientation, turn us away from our predecessors. What then are we to do? we find ourselves obliged either to attach ourselves to your predecessors or to attach ourselves to your person and separate ourselves from our predecessors. For Catholics to be torn like that is unheard of, unbelievable. And it is not I that have provoked that, it is not a movement made by me, it is a feeling that comes from the hearts of the faithful, millions of the faithful whom I do not know. I have no idea how many there are. They are all over the world, everywhere. Everybody is uneasy about this upset that has happened in the Church in the last ten years, about the ruins accumulating in the Church. Here are examples; there is a basic attitude in people, an interior attitude which makes them now unchangeable. They will not change because they have chosen; they have made their choice for Tradition and for those who maintain Tradition. 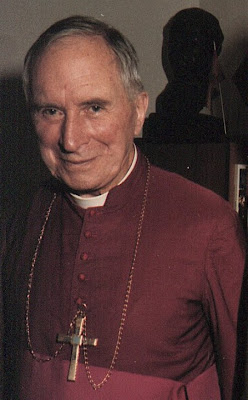 …As for me, I am in the same case. I try to make priests, good priests as they were made formerly, there are many vocations, the young men are admired by the people who see them in trains, on the underground; they are greeted, admired congratulated on their dress and bearing; and I am suspended a divinis! And the Bishops who have no more seminarians, no young priests, nothing, and whose seminaries no longer make good priests – nothing is said to them! You understand, the poor average Christian sees it clearly. He has chosen and he will not budge. He has reached his limit. It is impossible.

…Then the Holy Father said to me further “It is true is it not, that you condemn me?”
I had the strong impression that it all came back rather to his person, that he was personally hurt: “You condemn me, so what ought I to do? Must I hand in my resignation and let you take my place?” “Oh!” I put my head in my hands. “Holy Father do not say such things. No, no, no, no” I then said “Holy Father let me continue. You have the solution of the problem in your hands… to be continued.
Apologia pro Marcel Lefebvre Michael Davies
Posted by just me at 09:29